Something New! The Poet’s Series

What do Leonard Cohen, Bob Dylan, and Phil Ochs most have in common? Many would say that it’s their foundation as songwriters in poetry and lyrics. For all three, the words seem to matter the most whether the song is about protest, love, or politics.

Cohen, Dylan, and Ochs will be the focus of the first edition of our Poet’s Series at Toronto’s 120 Diner on Friday, October 20.

Over the past few years we have been part of several tributes to Phil Ochs and Bob Dylan in various clubs in Toronto. This past September, we presented a special tribute show of Leonard Cohen and Bob Dylan music for an enthusiastic SRO crowd at the Myles Nadal Jewish Community Centre.

The 120 Diner show will be the first with all three poets and promises to be a magical musical evening. In addition to the poets’ songs and the stories behind the songs, Sue and Dwight will also present a small selection of their original tunes. 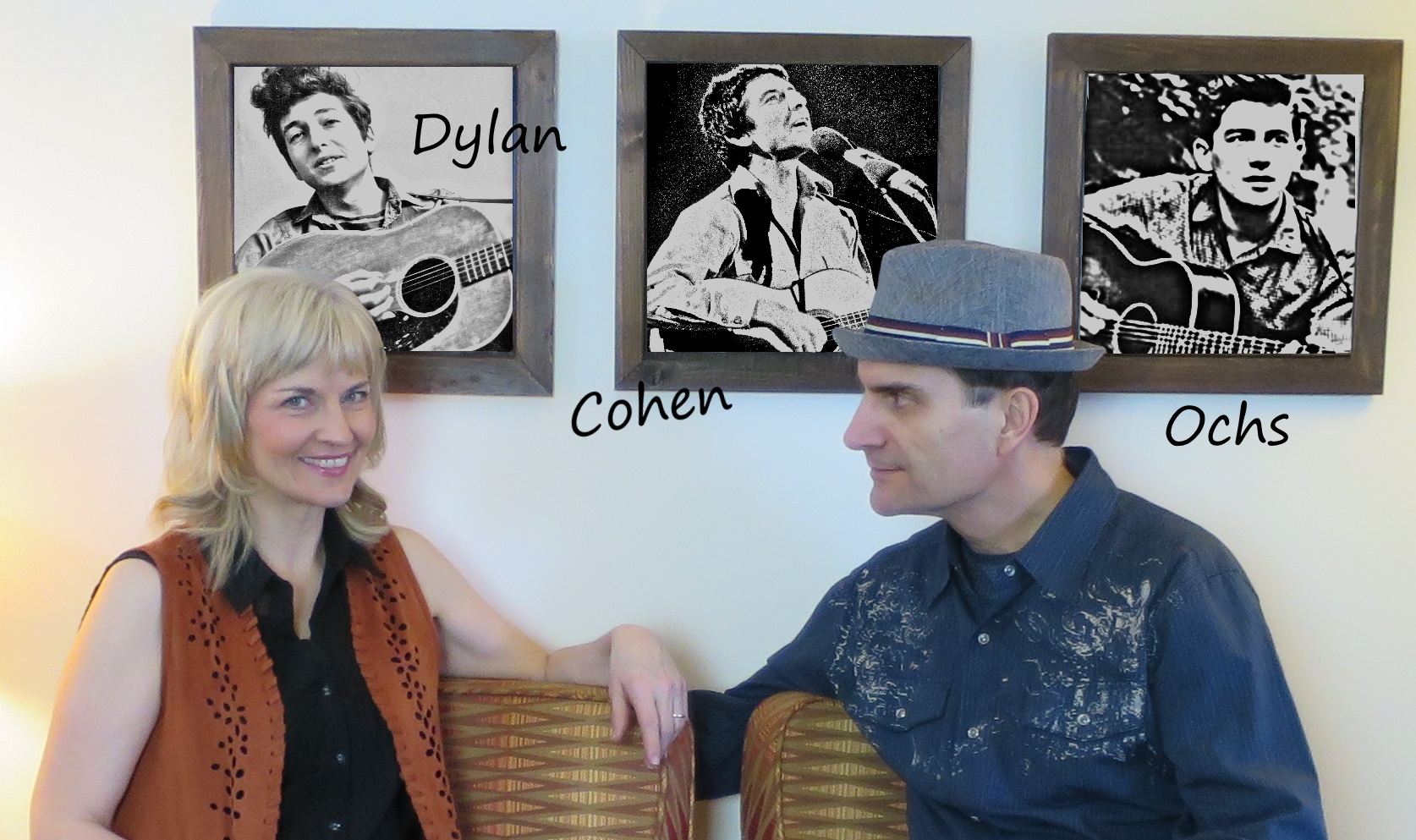