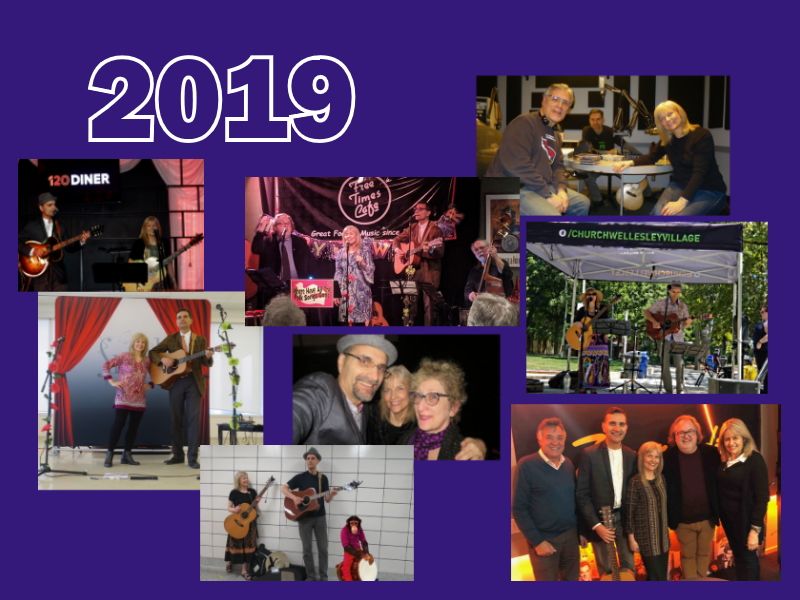 Well 2019 is one for the record books as the saying goes and it sure was an enjoyable year of music for all things Sue and Dwight. We wish we could say it was one politically as well but improbable events in the UK and US continue to dumbfound us all, not to mention make the world a bit more unsafe. Hopefully our music helped keep you calm and hopeful!

Here are some highlights…

60's FOLK REVIVAL - Where Have All the Folk Songs Gone?
(Check our Folk Songs Live Blogspot for stories about many of these events)

All the wonderful music lovers who came out to all these shows. Our tally of attendees tells us they numbered in the thousands (over 4500 actually)! Thank you to all of them.